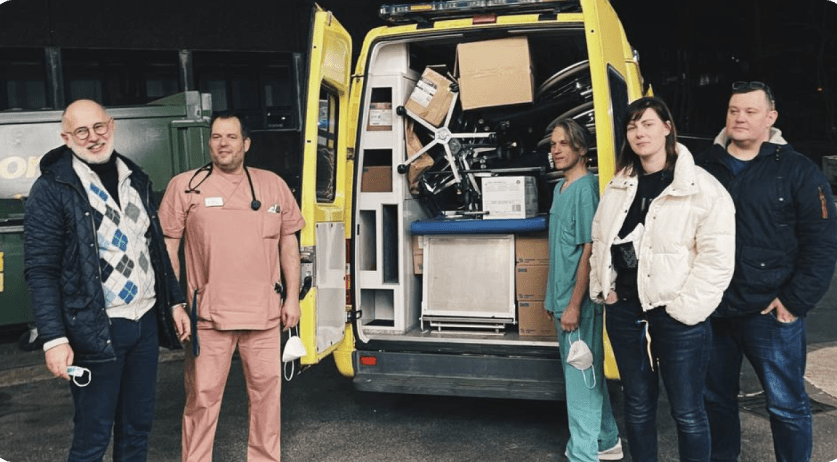 A non-profit organization consisting of a team of volunteers from different countries who now live in the Netherlands, Germany and Belgium, sends ambulance convoys to Ukraine. The vehicles are filled with medical supplies that can be used by Ukrainian hospitals or other organizations.

The nonprofit, Stichting Zeilen van Vrijheid, has so far sent two separate convoys with seven ambulances and four support vehicles this month, according to its website. A third convoy is currently in preparation.

Used cars –– for example, minivans and ambulances –– are purchased and stored together with the requested medical supplies, which are then driven directly to the Ukrainian border. There they are received by Ukrainian volunteers or military personnel and sent directly to where they are needed. “We are not wasting precious time,” the organization said on its website.

The foundation has suppliers in different countries who send medical products free of charge. For more rare and expensive items, he also receives charitable funds.

Stichting Zeilen van Vrijheid has contacts with Ukrainian hospitals, government offices and diplomatic missions, according to its website. It also helps businesses and communities who wish to purchase and send ambulances to Ukraine on their behalf.