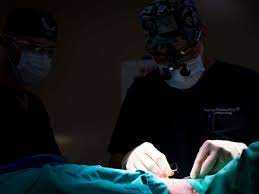 According to a report by UK think tank Civitas after studying Chinese-made products in NHS supply chains, Britain’s National Health Service (NHS) is “dangerously dependent” on China for medical supplies. This information was revealed in an article titled “China’s presence in NHS supply chains: why we need to protect our healthcare system from future threats”. According to research by Robert Clark and Dr. Richard Norrie, China is responsible for one in six products on the government’s “disaster relief list”. The UK government spent more than £6.2billion the previous year to keep the NHS running using Chinese-made medical products, a number that has more than tripled in less than a year. The document argues for an emergency ‘NHS Safety Act’, saying ‘China could pose a threat to the NHS’.

Robert Clark and Richard Norries discovered the true extent of NHS reliance on China: “37% of tests and diagnostics used to detect dangerous viruses. A quarter (24%) of all medical consumables such as oxygen, needles and syringes. A third (30%) of PPE and protective items to keep our NHS workers safe. Almost all paper masks used by doctors in hospitals come from China (90%), more than half of all gloves (54%) and nearly 80% of bandages. Oddly, nearly half (45%) of bedside monitors now come from China, up from 0 in 2015, and 42% of crash carts and wheelchairs.

According to the report, before the COVID-19 pandemic, the British government sourced 6% of vital medical supplies on the disaster relief list from China. By 2020, that figure had risen to 17%, almost triple the previous amount. “The latest figures (to 2021) show that we are still sending around £600million a month to China for essential supplies to keep the NHS running,” the report adds. These new figures undermine British Prime Minister Boris Johnson’s pledge to ‘end reliance on Chinese imports’ for vital medical supplies when launching plans to ensure the UK is never forced again to go “cap in hand” to China.

Civitas has sounded the alarm over so-called “choking hazards” that allow the Chinese government to “disable our drugs” as it “arms” medical products. The author of this new study, Robert Clark, head of defense and security at Civitas, said: “Before the pandemic hit, only 6% of vital medical supplies were shipped from China, a figure which has now climbed to almost a sixth. Things like gloves, monitors, wheelchairs and bandages all come largely from China rather than the UK. We are dangerously too dependent on China. “Let’s not be naive about China. This is a pressing issue for health bosses with the risk that future geopolitical disputes will lead to the Chinese shutting down essential medical supplies for the NHS,” he added.