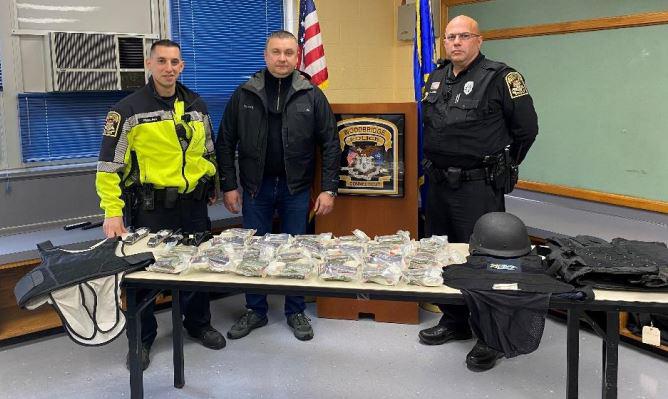 WOODBRIDGE — Members of the Woodbridge Police Department have donated numerous ballistic vests and medical supplies to Ukrainians as they continue to fight the Russian invasion, the police department said Friday.

Several weeks ago, Officer Joseph Kubik reached out to his Ukrainian friend and Woodbridge resident Yuriy Faryna about how to help the Ukrainian people.

Faryna, who was born in Ukraine and moved to the United States in 2001, has many family members and friends who still live in the now war-torn country. Faryna told Kubik that the Ukrainians urgently needed ballistic vests and medical supplies.

Less than two weeks ago, several Connecticut police departments donated more than 200 previously worn ballistic vests and dozens of helmets to the Ukrainian American Coordinating Council, according to a previous report. Police in Hamden and New Haven have made similar donations in previous weeks.

Ukrainians still need additional equipment, in particular level 4 ballistic vests and helmets, police said. Any residents wishing to donate any of these items should contact Kubik at JKubik@WoodbridgePD.com or Officer Brian Pedalino at BPedalino@WoodbridgePD.com.